Lard Motel is a CD of twisted, humourous cover versions and Succulent is a CD of originals by various list members. The double CD-R was compiled by Ed Boland.

Listen to low-bandwidth MP3Pro streams of Lard Motel and Succulent courtesy of Sevcom, or download high-quality VBR MP3 copies of each track below.

An uncredited bonus track is merged in after the end of track 10 on Lard Motel. It is indicated as (11.) in the track listing above, although there is no separate track index on the CD. The track is not by !!*, and is presumably by Ed Boland as the compiler of the CD. 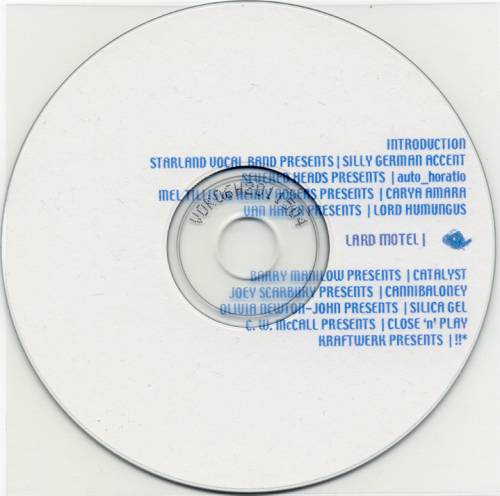